The Dirt Dogs were created in 2007, in their short history as an organization, the Dirt Dogs have participated in many National Tournaments, attended some of the best college showcases, and have got their players recruited.

The History of the Dirt Dog Organization is not as long as some organizations in the Central Valley, but in a matter of a couple of years they have earned the respect of the softball community.  The graduating class of 2012 is only the second group of seniors to have come through the organization.   In the past two years, the Dirt Dogs have had a total nineteen high school seniors receive college scholarship offers.  Additionally, during this time period, there have been three morel verbal commitments by underclassmen.

One of the differences in this organization is its ability to develop talent and not just manage players.  The Current 18 Gold Team has eleven players who were part of the organization for five years or more.  As you are considering teams to join, be sure to look at their premier level team rosters and find out how many of those players were developed by the organization at the younger levels.  If there are not that many players, it may be a good indication that the organization did not do an adequate job in preparing younger players for high level competition and had to go outside their organization to find better prepared players.  We do not find fault with other Central Valley teams who do this, but we choose to be different.

During 2012, the Dirt Dog Organization had teams win the ASA Central Section Association Championships at the 10U, 12U, and 14U levels.  By virtue of winning the Association Championships, the teams qualified to attend the ASA National Tournaments for each of these age groups.  The Gold team also defeated all teams attempting to earn Gold Qualification at this year’s tournament and was qualified to participate in ASA Gold competitions.

The most recent achievement of the Dirt Dog Organization was to win the 2012 23U ASA Western Nationals.  In back to back games, the Dirt Dog 18 Gold Team defeated a group of college alumni from another central valley organization to earn the National Championship.

If you want to play for an organization that is currently dominating the ASA Association Championships, playing in National Tournaments, AND IS GETTING PLAYERS RECRUITED then we are the organization for you. 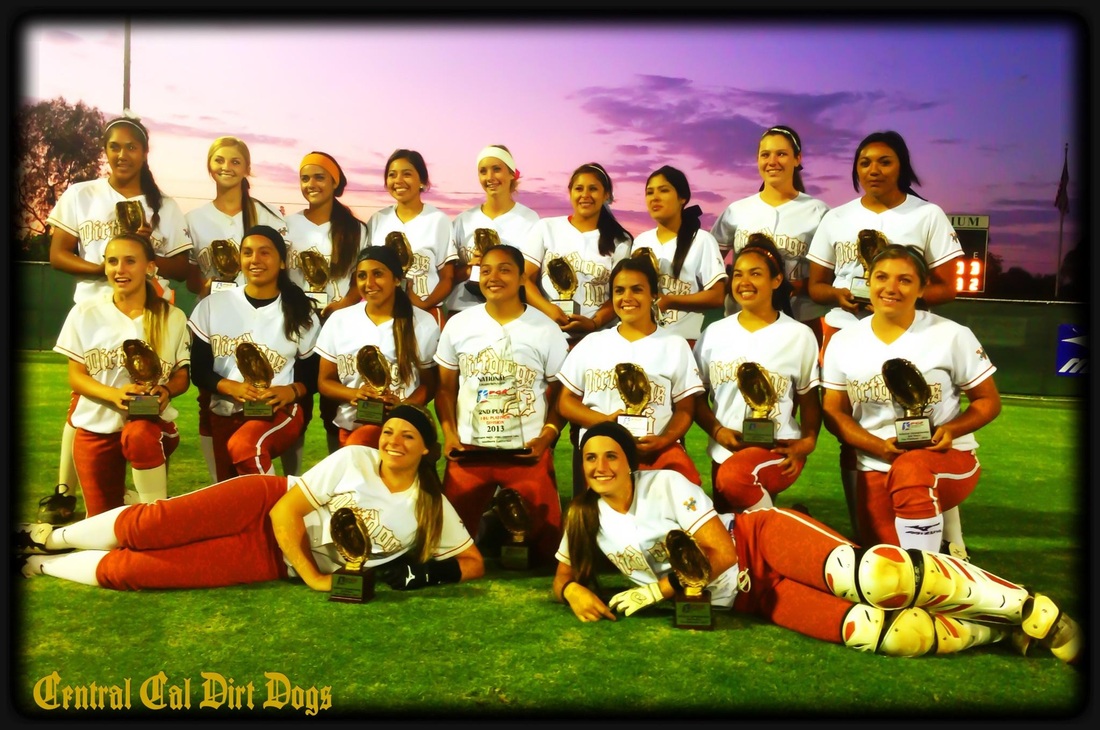